AsterCasterSpace and beyond
Search
Earth

As expert map readers will know, when you’re out and about navigating with a compass, there is a difference between magnetic north (where the compass points) and grid north (the vertical blue grid lines shown on OS maps).

The difference between magnetic north and grid north is often referred to as ‘grid magnetic angle’ and it not only varies from place to place, but changes with time. This needs to be taken into account when navigating with a map and compass.

In 2014, for the first time in Great Britain since the 1660s, magnetic north moved from being to the west of grid north to the east. The change started in the very south-west corner of Britain and will slowly progress across the whole country over the next 12 to 13 years. We wrote a blog on the progress of alignment between magnetic and grid north in Britain back in 2019, which you can read here.

Now, there is a third line about to come into alignment – true north. This is the direction of lines of longitude that all converge at the north pole.

On a map projection like the transverse Mercator projection used for the British National Grid, the longitude lines curve away from the straight grid lines. This is called ‘convergence’. The amount of curvature varies across the grid area, except at one line. A transverse Mercator projection has a “central meridian” line where a chosen longitude aligns with a vertical eastings grid line. For the National Grid this central meridian line is 2°W or 400000m E. 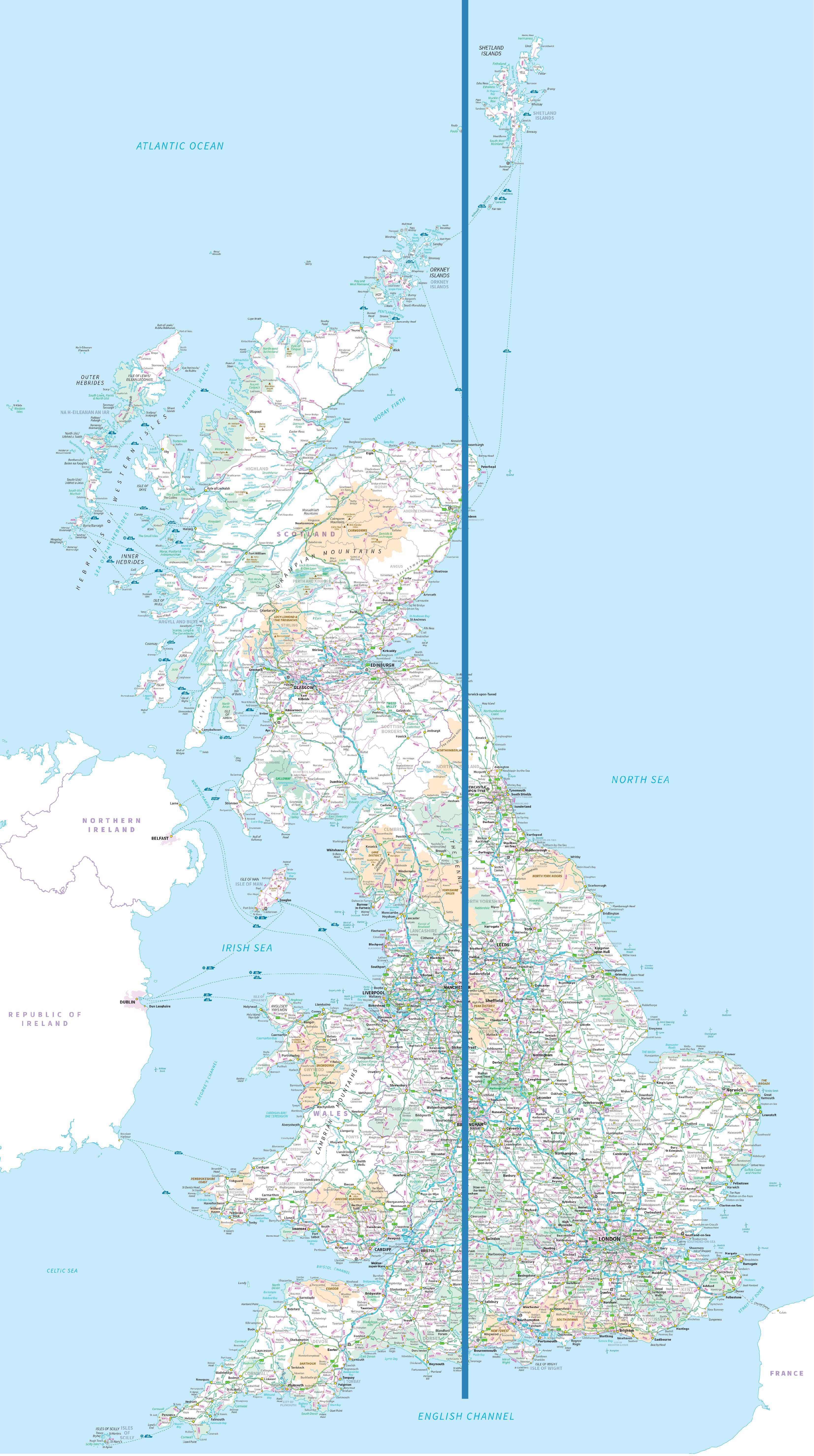 The ‘magic line’ as it passes through Great Britain

We used the excellent British Geological Survey blog, this magnetic north blog on the changing direction, as well as this grid magnetic angle calculator to estimate the dates of the triple alignment.

The triple alignment makes landfall at Langton Matravers, just west of Swanage, in November and will arrive in Poole by Christmas. 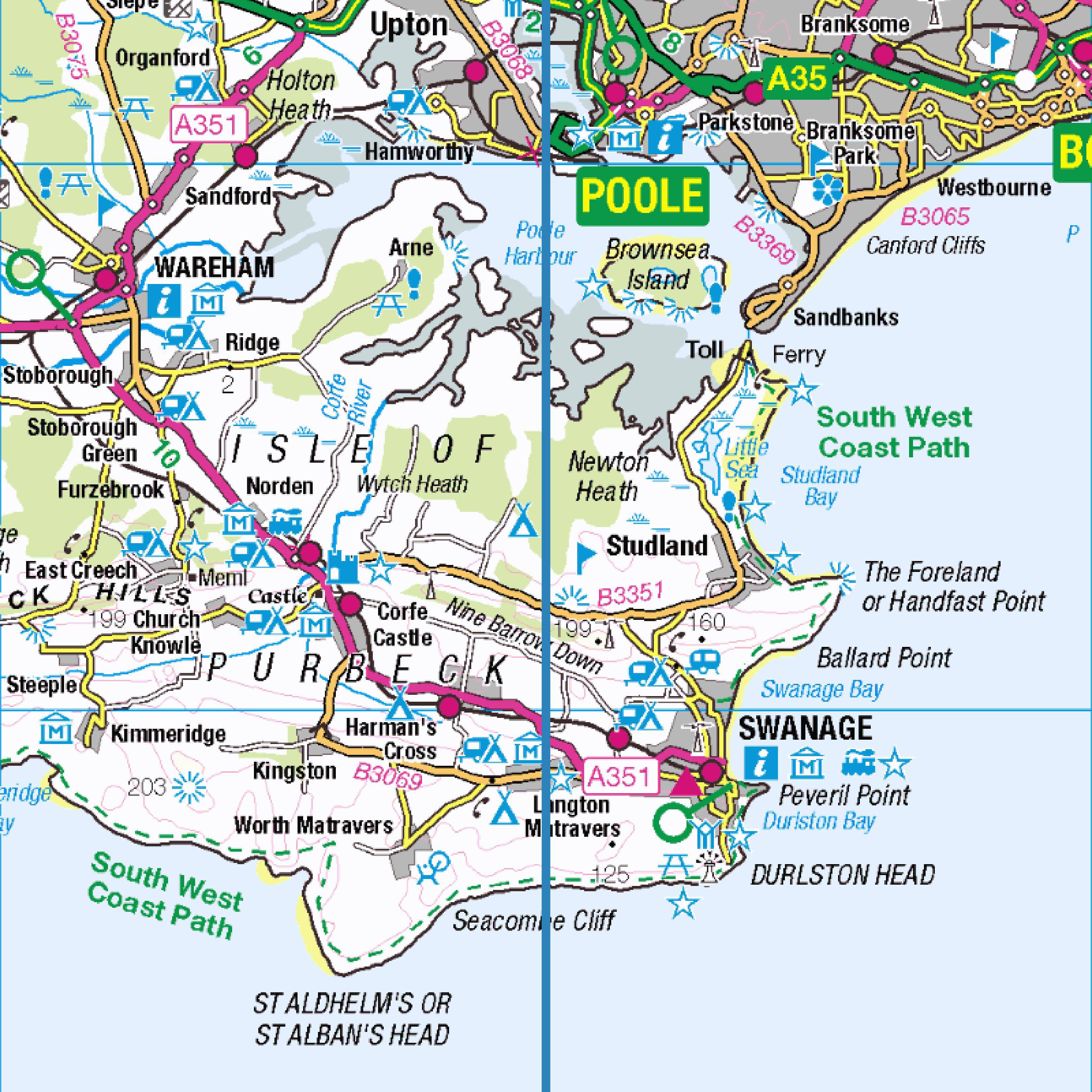 It will be just over halfway up England, passing through Hebden Bridge by August 2024 and leaving the English coast at Berwick-Upon-Tweed a year later in August 2025. 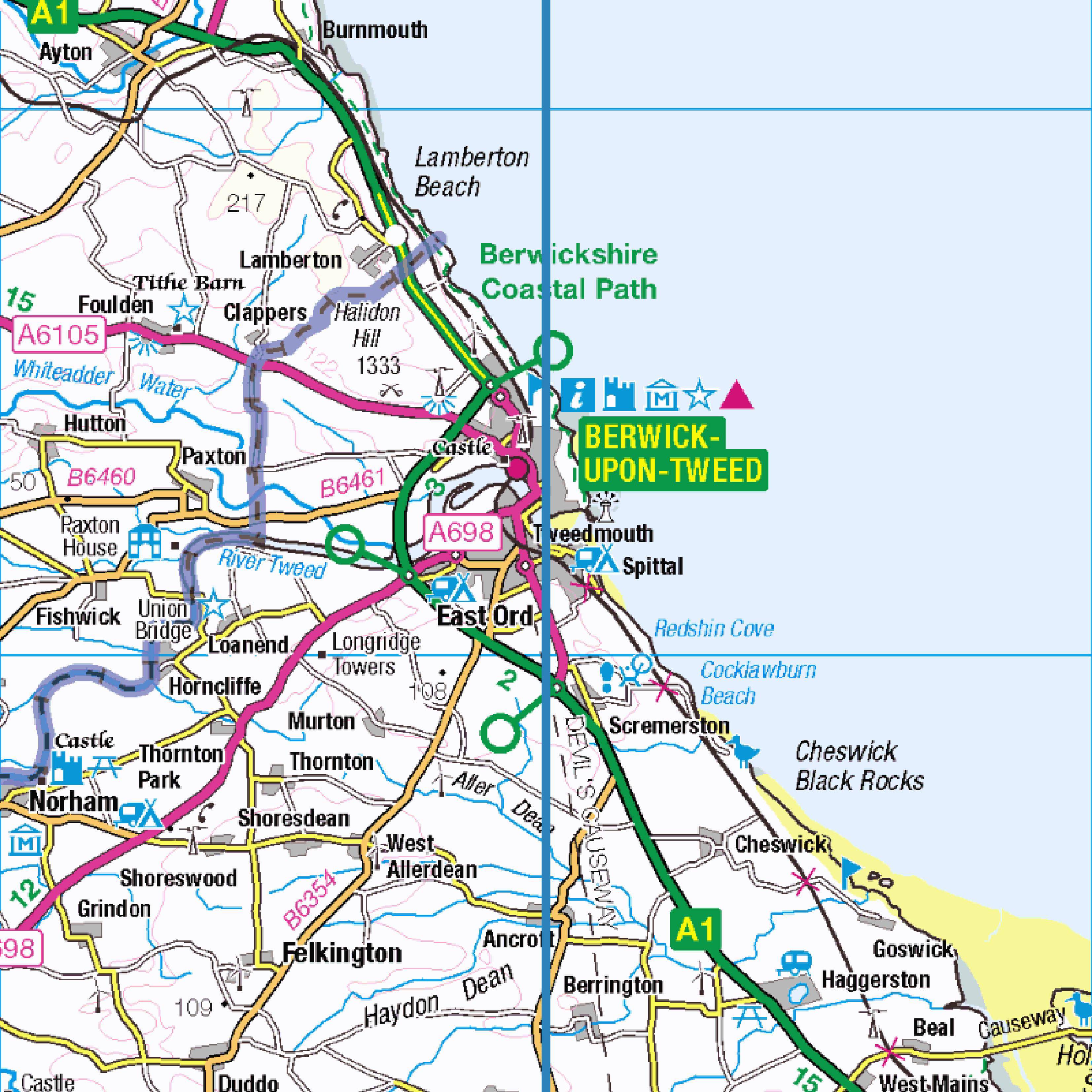 The triple alignment leaves England at Berwick-upon-Tweed in August 2025.

It does not hit land again until around May 2026 at Drums, just south of Newburgh in Scotland. Its last stop in Scotland (and the UK landmass) is Fraserburgh around July 2026. 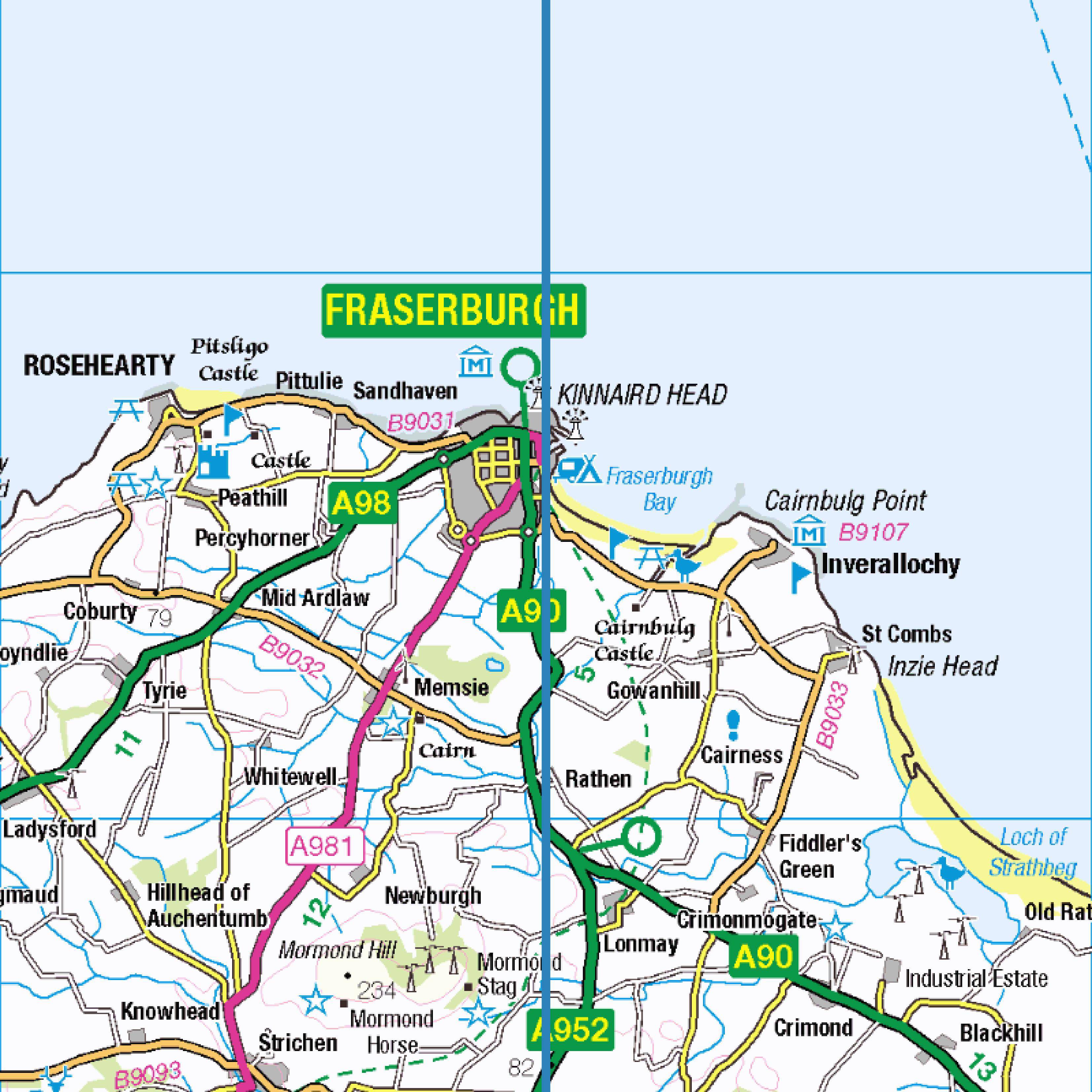 July 2026 will see the historic triple alignment leave the landmass of Great Britain.

These predictions are likely to change (by a few months only) with the assimilation of new magnetic field observations into the model. This new data will capture the latest magnetic field signals from the geodynamo operating in the Earth’s liquid outer core. Interactions between the flow of the molten iron-rich material in this region and the magnetic field generate electrical currents that, in turn, creates new magnetic flux which sustains the field.

Energy sources for the fluid motions are primarily convection – as the Earth slowly cools down, warmer fluid rises and cooler fluid falls and solidifies onto the solid inner core. This changes the chemical composition of the fluid making it less dense, from which buoyancy forces result. The rotation of the planet also contributes to sustaining the geodynamo.

And that will be that, for a few hundred years at least. Due to the unpredictability of the magnetic field on long timescales it’s not possible to say when the alignment of the three norths will happen again.

If map reading and using a compass is new to you, you can refer to these helpful guides to get you started.

Orion, Earth, And The Moon

A ‘Blue Hole’ To The Northern Lights